If you’re looking for obsolete square D circuit breakers then we usually have something in stock to help. Square D was initially an American company founded in 1902 in Detroit. It’s best known in the UK for it’s range of plug-in or push-fit circuit breakers.

Square D was bought out by Schneider in 1991 and although they changed the appearance of the circuit breakers the later versions will still fit the older boards.

Qwikline – This is the most common Square D breaker and the part numbers will always start QO. Available in types 2,3 & 4 with M6 or M9 breaking capacities for early BS3871 breakers or types B,C & D with 6kA or 10kA breaking capacities. These styles have the push-fit electrical connection and push-fit mechanical connection. These are available in single, double and triple pole.

Qwikline II -This range superseded the original Qwikline but the range was not as broad with only types B & C available and a breaking capacity of 6kA. These only come as single pole. Later versions were branded as Schneider but are identical to the Square D. They will also fit Loadcentre boards.

Loadcentre – This was a new range introduced by Schneider but using the brand name of Square D. This is more of a commercial range with types B,C & D available (B type only in single pole). They have a breaking capacity of 10kA and. Later versions were branded as Schneider but are identical to the Square D. These will also fit the Qwikline II boards.

Domae – This was the final range of MCB’s branded as Square D. Unusually they are not the push-fit type which was what Square D was really known for. This range just uses a standard din-rail clips and was a ‘competitive’ product aimed purely for the domestic market. Later versions were branded Schneider but are identical to the Square D.

As well as stocking a range of obsolete square D circuit breakers we also keep main switches, RCD’s and RCBO’s. 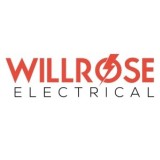