The office will be closed on the dates below but the website will be available to take orders.

If you need to get in touch about a previous order or have an emergency then please contact us using the contact page and we will get back to you as soon as possible.

We would like to wish all our customers a very merry Christmas and a prosperous New Year.

As I am sure you are aware the UK Government has announced another national lockdown from Thursday 5th November to last at least 4 weeks.

Unlike the last lockdown in March where we had to close due to Royal Mail struggling to deliver and children being off school, this time things are a bit different. Children will be staying in school so childcare is not an issue for us and Royal Mail at the moment seems to be coping quite well. So for as long as we are able we will be still taking orders online and will be posting out orders as per our normal hours.

Our business is 100% based online and orders placed before 2:30pm Monday to Friday will be posted the same day. Our premises will be shut to the public so please don’t try visiting us to make a purchase.

We appreciate your understanding during these unusual times. Stay safe and we will provide updates on our blog, Facebook page or Twitter as the situation changes.

In the late 1980’s Crabtree were looking to replace the outdated (but still widely used) C50 range. What they came up with was the Polestar range and it was a great success in commercial and industrial applications.

The Polestar range of breakers was unique because they had a higher than usual fault rating of 16kA where standard breakers at the time were 6kA and 9kA. What this meant was that Polestar could be used in areas where a high kA was required without having to use Moulded Case Breakers (MCCB’s) or HRC fuse carriers. Crabtree Polestar breakers are also unique in that they are much wider (25mm) than a standard mcb (18mm). This extra width was needed for the bigger arc splitter to allow for a higher kA rating.

Initially the range was made to BS3871 standards so Types 2 & 3 were available from 6A up to 63A in single and triple pole. RCBO’s were also available but they were initially referred to as MCB/RCD units as the term RCBO was not really established as yet.

After 1994 the British Standard of BS60898 came into effect and the range was changed to Types B, C & D and now included double pole mcb’s as well. RCBO’s were now being widely used and theses were available in Types B & C although it’s rare to see Type B in use as most installations were commercial.

Crabtree manufactured the range until around the early 2000’s then it was phased out. They did hold quite a bit of stock but this was largely held for TFL (Transport for London) as part of an agreement to hold stocks for spares and ongoing developments etc.

A new range of Polestar was launched in 2012 and called Polestar Compact. Although the new range was 16kA rated due to advances in technology it was significantly slimmer and is not interchangeable with the older style.

Crabtree Polestar is still widely used today and we have plenty of stock available from our website.

Next Day Deliveries are Back!

So finally after being back for three weeks we can finally start offering Next Day and Saturday delivery services again! Unfortunately as yet we cannot guarantee a delivery time as before but most orders have been arriving by 2pm so not too bad if you are trying to get a job finished the same day.

We have also set up a new delivery page whilst the cornoavirus situation is around so you can keep up to date with the delivery services we can offer.

Hope everyone is staying safe as we slowly ease this lockdown 🙂

So after nearly 7 weeks of lockdown we are now back and eager to support our customers!

Despite being closed we have still been looking after some essential businesses including supplying equipment for the Royal Navy, London Underground, care homes and the NHS Nightingale centre.

We have also been busy adding more items to our website. In fact we have increased our range of products by 15% so hopefully we can help out more contractors that are stuck for a breaker!

Stay safe everyone and we hope to hear from you soon!

As I am sure you are aware on Thursday 16th April the Government announced it was extending the lockdown for a further three weeks.

Whilst these measure don’t directly affect our operation what we have seen, since we temporarily closed on the 23rd March is a breakdown of the Postal service with Royal Mail now unable to reasonably guarantee any delivery times and our local delivery office (who process our mail) now only open 7am-9am and closed all day Wednesday.

Taking this all in account we have decided to stay temporarily closed until the Government review the lockdown measures on the 7th May. Hopefully by then we will have some better news and Royal Mail maybe in a better position.

If you need to get in touch about a previous order then please email sales@willrose-electrical.co.uk quoting your order reference and we will get back in touch as soon as we can.

We understand that some electricians maybe carrying out essential maintenance during this time and could well find themselves needing items that may only be available from ourselves. If you find yourself in this position then please email us at sales@willrose-electrical.co.uk and we will do our best to sort you out. Please be aware this will only be available for essential work with the NHS, care sector, schools, local government, prisons, utilities etc. This service will not be available to ‘DIY Dave’ upgrading his shower during the lockdown!

We appreciate your understanding during these unusual times. Stay safe and we will provide updates on our blog, Facebook page or Twitter as the situation changes.

Due to the ongoing coronavirus situation we have taken the decision to temporarily close our premises and website.

If you need to get in touch about a previous order then please email sales@willrose-electrical.co.uk quoting your order reference and we will get back in touch as soon as we can.

We are still accepting orders via our website but due to the coronavirus situation Royal Mail have just informed us they will be unable to guarantee any next day service.

You can still use the FREE option on our website which will be posted the same day if ordered by 2:30pm. The free service is sent 1st class post so we would hope you receive your order in 2-3 days given the current situation.

The office will be closed on the dates below but the website will be available to take orders.

If you need to get in touch about a previous order or have an emergency then please contact us using the contact page and we will get back to you as soon as possible.

We would like to wish all our customers a very merry Christmas and a prosperous New Year.

We are on holiday 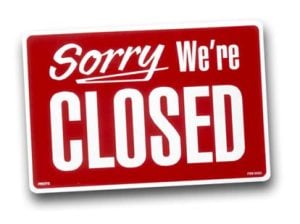 The office and website will be closed for orders from 2:30pm 26th September until Monday 14th October. If you need to get in touch about a recent order or have an enquiry then you can email sales@willrose-electrical.co.uk and we will get in touch upon our return.

If you need to return an item please email first. There will be nobody available to accept deliveries and your item will be returned back to you.

We will still be taking orders online during the lockdown. Check our Delivery Page for details! Dismiss